The past week and a bit has probably been the busiest so I ran out of time to make this a weekly upload by Friday.

First things first, I’m so happy to be back. I love UCA so much and I just feel like I’ve not really had a break (in a good way). May to September is the longest time when you want to be creative and are not really sure how without guidance sometimes.

Last Monday we were only in from 2 until half 3, mainly working on a coding workshop with Ed. I managed to code this cool website dedicated to the love of my life Gordon Ramsay. Its not as hard as you’d imagine and it was probably a primer for this Mondays workshop on Adobe Muse! Which I also didn’t find complicated as Muse is like the love child of Photoshop and In Design. 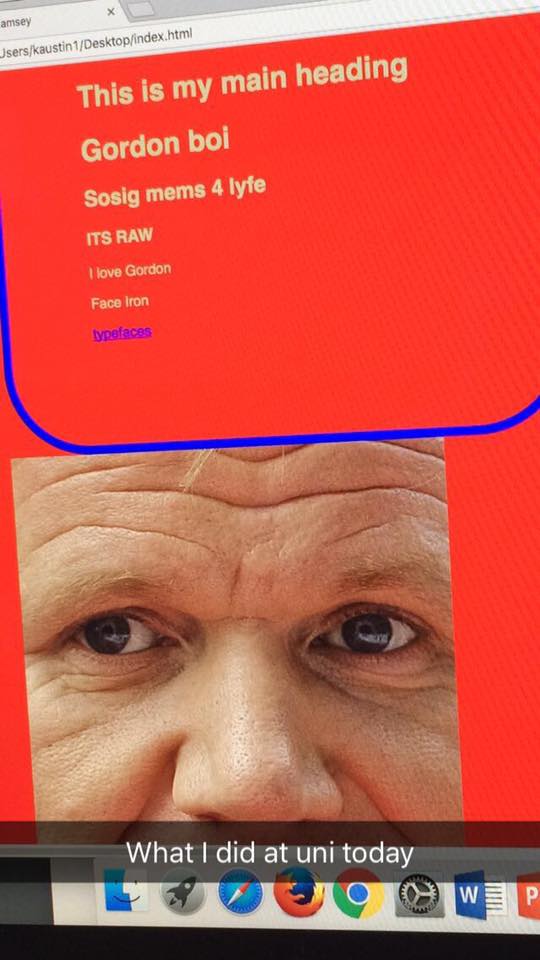 Last Tuesday was our first day working on our class’s piece for the Grayson Perry exhibit in October, as well as meeting our new tutor John (who I already knew, but still). His famous tapestries are coming to the special exhibitions room at the Beaney and after the success of Narrative Objects we were asked to create a piece to accompany the exhibit. (I read the email, when I saw the word “Beaney” I almost cried, then when I saw it was for Grayson I cried but with happiness) Tuesday was our main research day, where we got members of the public to draw or bring items for us to use within our piece – based on their experience of Canterbury. The day became more successful towards the end mainly because a lot more people showed up in the afternoon – whereas the morning was a bit of a flop. In the quiet periods I managed to draw a few parts of Canterbury, I aimed to make my imagery quite colourful like Perry’s is anyway even though we weren’t sure how the whole thing was going to pan out. I was inspired because I knew as it was a collaborative effort between us and the public I could see it would be a collage, which is what I love to work with at the moment. Wednesday we were back in the Learning Lab but solo, trying to come up with the solution to our problem. We actually couldn’t come up with a lot because nothing was digitalised, we all knew it would be a lot easier to control colour, scale and composition in Photoshop. I was appointed chief “cutter outer” of scans and images because I also didn’t realise that I am on of the only people in my class that does use Ps on a regular basis. I thought in this day and age it was common – I can’t decide whether I’m a cheat or indivudal anymore.., Anyway, the one thing we did decide was that the final piece was going to be a map. 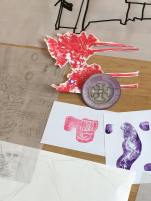 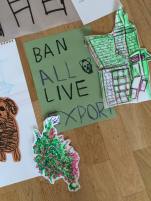 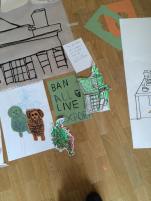 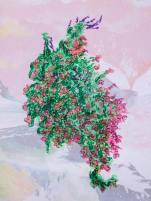 Last Thursday we reviewed our summer projects and met our new lecturer Anne. In IA we were placed into this head first because we were working at the Beaney and were behind in comparison to Graphics. However, I did get some interesting ideas on how to continue even though none of us had seen the brief at this point. The suggestion’s given to me were:

OR alternatively I could have worked on something else entirely and not SW related. Earlier this day whilst we were waiting for our review I came across another hilarious “story” by Chris (Simpsons Artist) based on Winnie the Pooh – in this story he was addicted to Honey and stole it of Piglet and his pregnant wife, snorted cocaine of a car (I think, or was it Honey?) and various other random things. Chris is an anonymous artist who worked primarily with awful drawings of the Simpsons but now he works with anything in the media. I really enjoy his work because its so awful it’s brilliant – he also doesn’t really care what he says or imagines and his doodles are used to entertain the imagination. I thought he would be a good reference point if I were to create really out of context SW images/stories/illustrations because everything he says is EXTREMELY out of context, as well as getting his wires crossed (I think he mentioned the Chamber of Secrets at one point in the Pooh story?) with other parts of pop culture. I also know he did one inspired by The Force Awakens where BB8 is actually Luke in hiding because hes lost his confidence and Finn licks his wee – its bizarre! I thought this could be really nice as a collaged project like I did previously with the Marilyn Manson project because a lot of Chris’ illustrations are out of proportion, they look odd to the human eye and I think I covered that with those. However, it would be a lot less sinister and joyful in comparison to the works of Peter Joel-Wiltkin who I was inspired by at the time. 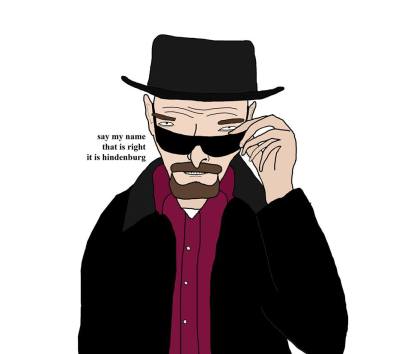 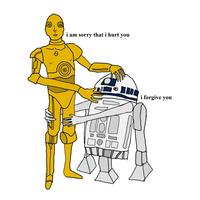 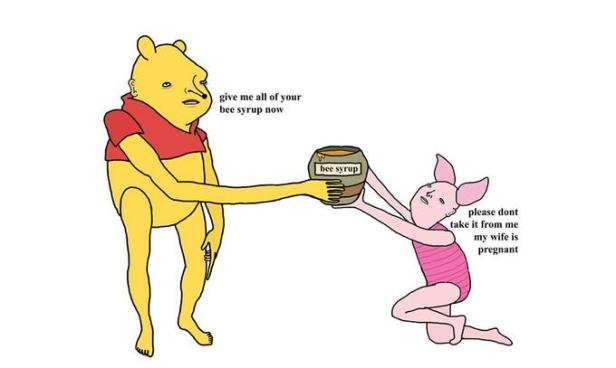 On Friday Phil, Will and I sat and started to compose the GP piece with the advice of the others. It worked out pretty cool! something almost totally un-imaginable because of the lack of knowledge in where it was going to go to begin with. In the process time we all had chance to discuss the new brief and what we felt after the reviews the day before. I think we all came to the conclusion we weren’t into politics, having done it mainly within the conflict brief or within previous years on diploma. Phil and I discussed how we were going to struggle taking our summer projects into a campaign based brief, mainly because mine was totally irrelevant and Phil’s was major cliché. I think at this point the two of us, along with Will decided we were going to probably campaign against campaigns. 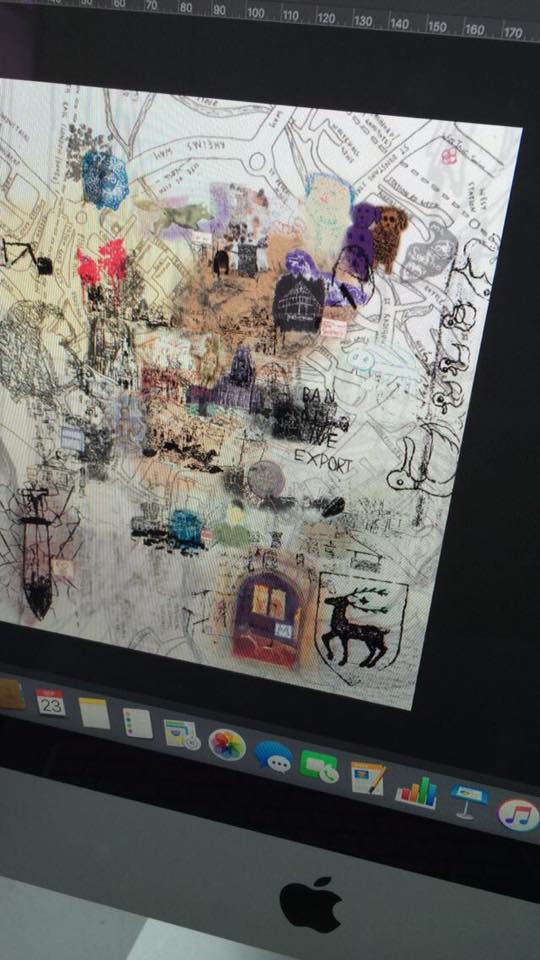 Back to yesterday, during the Muse workshop Phil and Will sort of taught me how to doodle. I always admire about 80% of the class because I can watch them doodle when we have lectures or whilst we’re being briefed and get jealous because:

Will just randomly gave me a shape and I turned it into a cat, and I showed them something I used to do with my dad when I was young – which is where you sort of just make loads of shapes in a scribble and then make the shapes you see into something else. Below are my Doodles! though no more drawing in runny biro because it smudges 😦 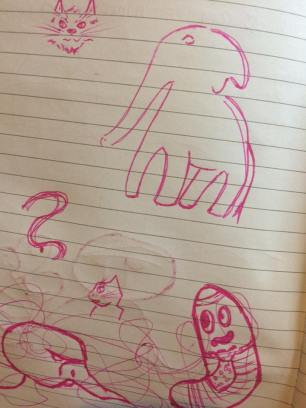 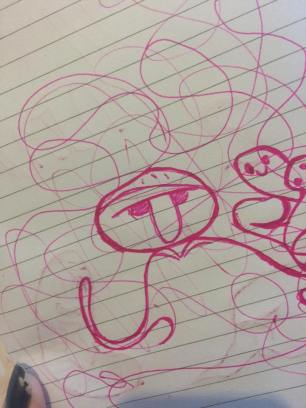 Now onto today (this is where it gets long, but I need to write all this out so I know where all my thoughts are). John briefed us, which was useful because at this point I’d attempted to read the brief about 5 times and didn’t remember a word. He also stated that our project didn’t really have to be a campaign, as long as the illustrations we created make him think differently about something then he is happy with anything – talking to the rest of the group I know the idea of a campaign and politics was un-inspiring! It filled us with relief. Our illustrations can go one of two ways:

At this point I knew mine could do nothing but entertain, so I was happy this was an option. I know to continue I need to complete more research and look into some artists. Our work is meant to illustrate the strange/familiar in a social and cultural context. John then did a talk for us where he spoke about class and we had to decide what class we’d be in and things. Class has been a bit of a common thing for me recently, I wont name names but someone I’m around a lot lives with people who act and shop like they’re upper middle class people yet they haven’t got any money (the chart would say they’re upper middle class though, but I’ve realised it isn’t about money it’s about job position more… which could also be the same, I don’t know?) and it’s caused a lot of tension between all of us. I’ve also joined a band which one of our core messages is freedom of speech and equality so the class system, fascism and lack of acceptance is always in the back of our heads. It’s made me think about whether Middle Class is actually a money or thing or based on personality? For example in the Grayson Perry documentary that goes alongside his tapestries a lot of the “Middle Class” people you could stereotypically point out by the way they dressed and spoke, and what their reaction to his work was. But then doesn’t that also question the definition of Middle Class in society? Yeah it says one thing on a chart but to me, with my experience of so called “Middle Class” people, Is that things are taken too seriously in order to gain money. It sort of re-affirmed my need to create a “Campaign” that’s against literally anything because I for one am tired of everything being so serious and pretentious. Halfway through the talk I was conflicted almost because we were introduced to the company Muzak – who I didn’t know made music for places like Topshop – particularly in Oxford Street. I am a lover of shopping, I’m not sure if its a complex or whatever but Oxfort Street Topshop is my home. I’ve always walked past the DJ booth and been like “That’s hella cool! I wanna do that”. Now knowing the music played isn’t because its cool but because it subconsciously manipulates me into buying clothes I feel stupid. Not just because I’ve been brainwashed but I’m not sure if I’m against corporate companies or not. Everything I’ve just written in this paragraph is now a massive contradiction but I can’t tell if I’m on one side or the other. John then played us some horrible music to work to, it did something to me. It made me feel erratic and I drew this out of proportion image of a man. I felt like this would be cool to bring forward for my SW project because it looks child like and niave like Chris’ work. Maybe its a ritual I need to take part in in order to get back into drawing again. This along with the doodles I did yesterday could be an interesting approach. We then started to dicuss Death and Violence within the media. The point that “are we oblivious from horrific stories because the media bombards us with them” was raised and we were shown two films where violence was shown in different ways. We then said that you wouldn’t imagine that the bodies shown in the media were real, and that we dissociate. I can agree with this – I was discussing with Phil last Friday that when I was doing the Conflict project and I was studying Columbine I didn’t see it as real people being killed even when I saw the photos of Dylan and Eric’s body after the suicide, no matter how horrific it was. This again brought me to the thought that I do not take anything seriously, not like the middle “class” and not like people effected by violent attacks such as Syria or Columbine. I think John’s talk really re-affirmed that I am going to do something totally random and out of context with Star Wars because I’m against everything we looked at in this talk.

So here we are, Tomorrow we start on the developing our practise unit which I’m super excited about. It’ll probably mean I’ll be on the blog a lot more which I love! Which is probably a pain in the ass for whoever’s reading also… sorry!